Maya El Murr - a Lebanese user experience designer that has been around the world and now is settled to spread her knowledge to you.

Email Us: hello@mayaelmurr.com
Call Us: (email me to know)
Say Hello

One of the reasons why people have accidents is due to distractions. Studies are now focusing on the driver’s reaction using sensors and on monitoring his health conditions using a smartwatch. But, shouldn’t they also concentrate on the passengers that are next to the driver? Shouldn’t there also be a study on how to control distractions?

Sleepness, Suicide, Asthma attacks, Heart attacks, drunk driving, mobile usage, eating while driving, people’s distraction, speeding, reckless driving, angriness, and bad weather.
These are the most reasons for car accidents. Altogether,15.4 % claimed sleepiness who had alcohol abuse and a history of almost falling asleep while driving.(Journal of Internal Medicine,1997)
In other words, alcohol, sleepiness and heart attacks are mostly the main cause of car accidents.

The purpose of the study was to systematically research and understand the benefits of smartwatches apps, electric cars, health, human behaviour, and human risks incidence while driving. 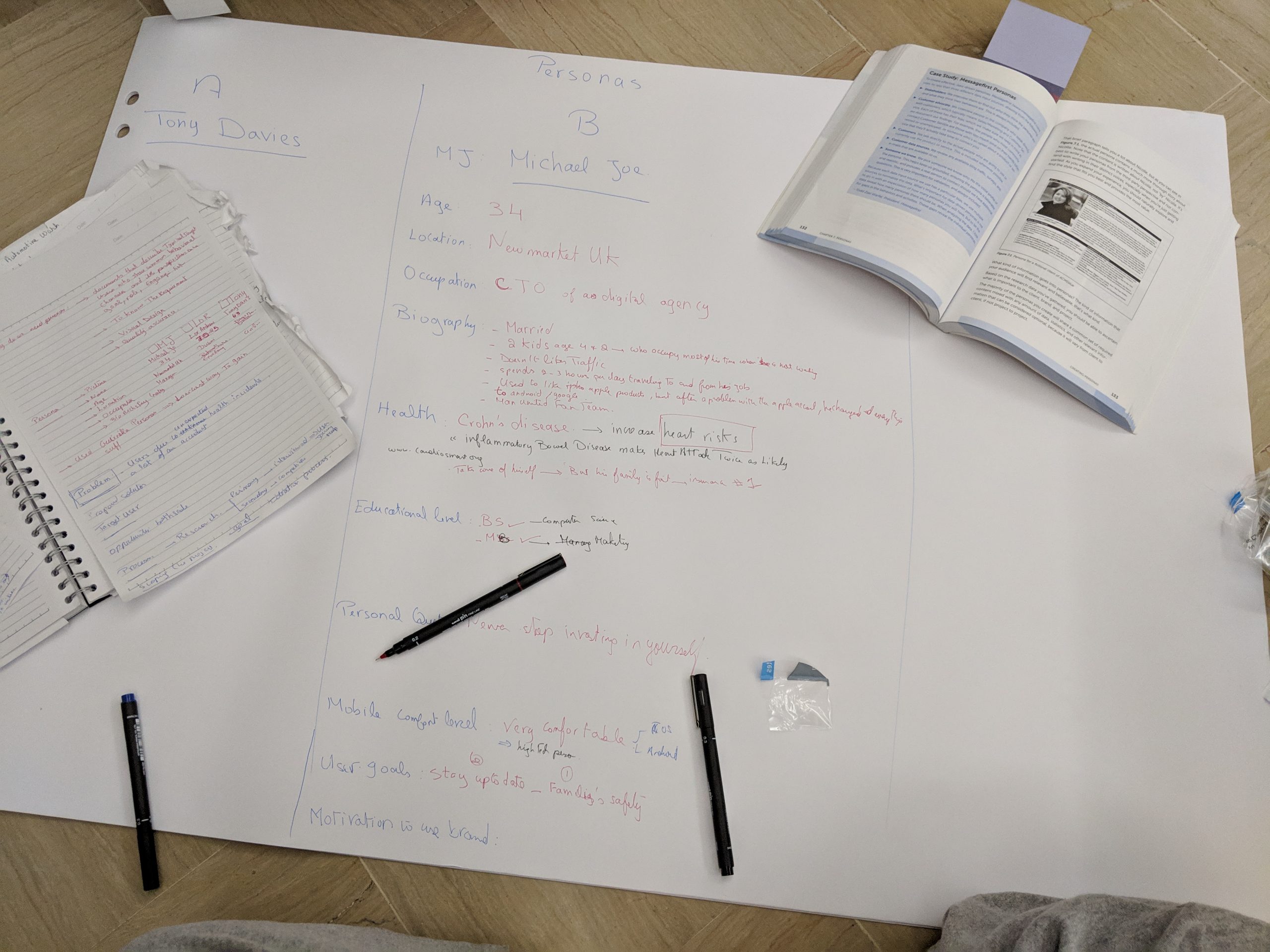 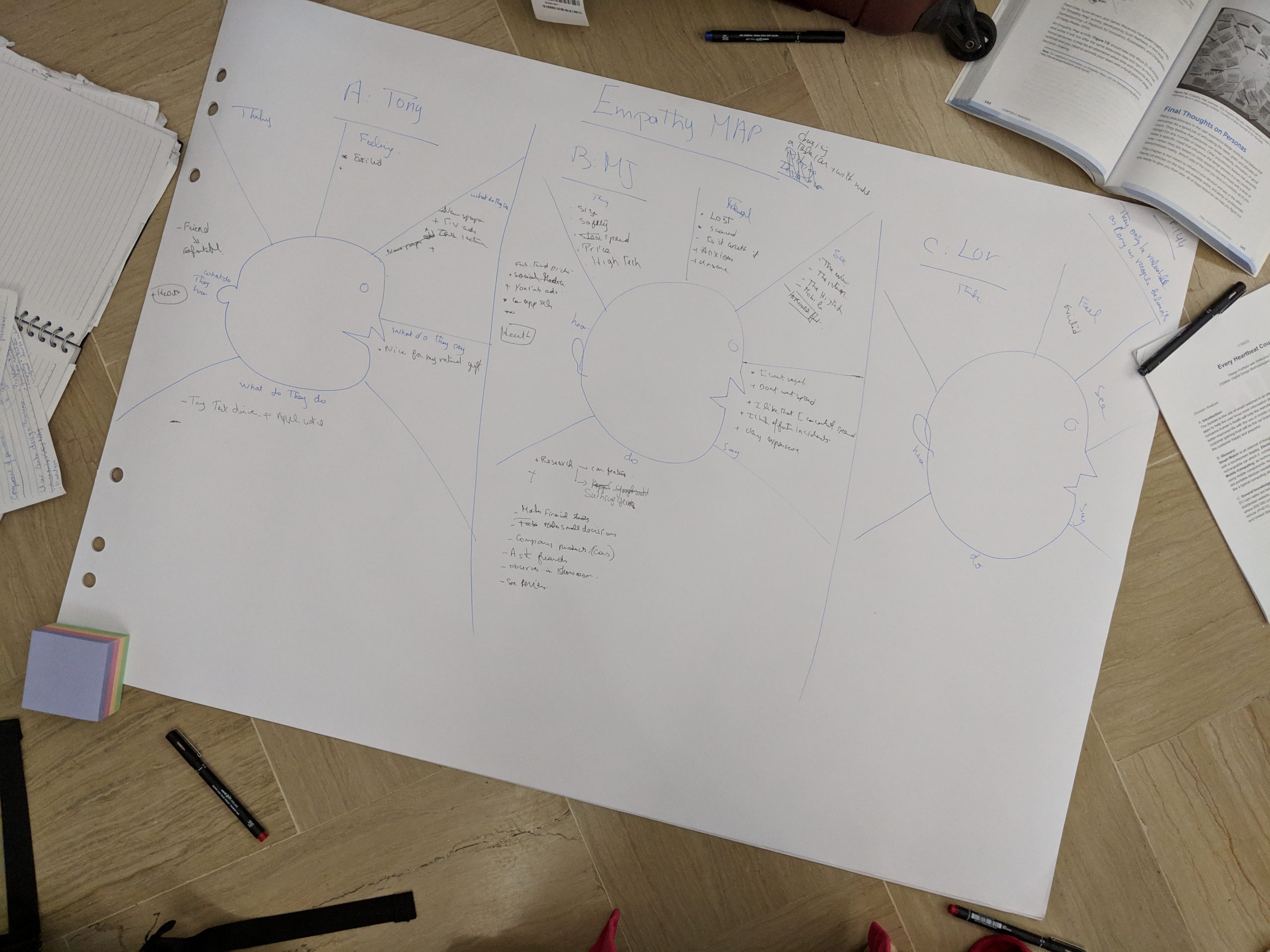 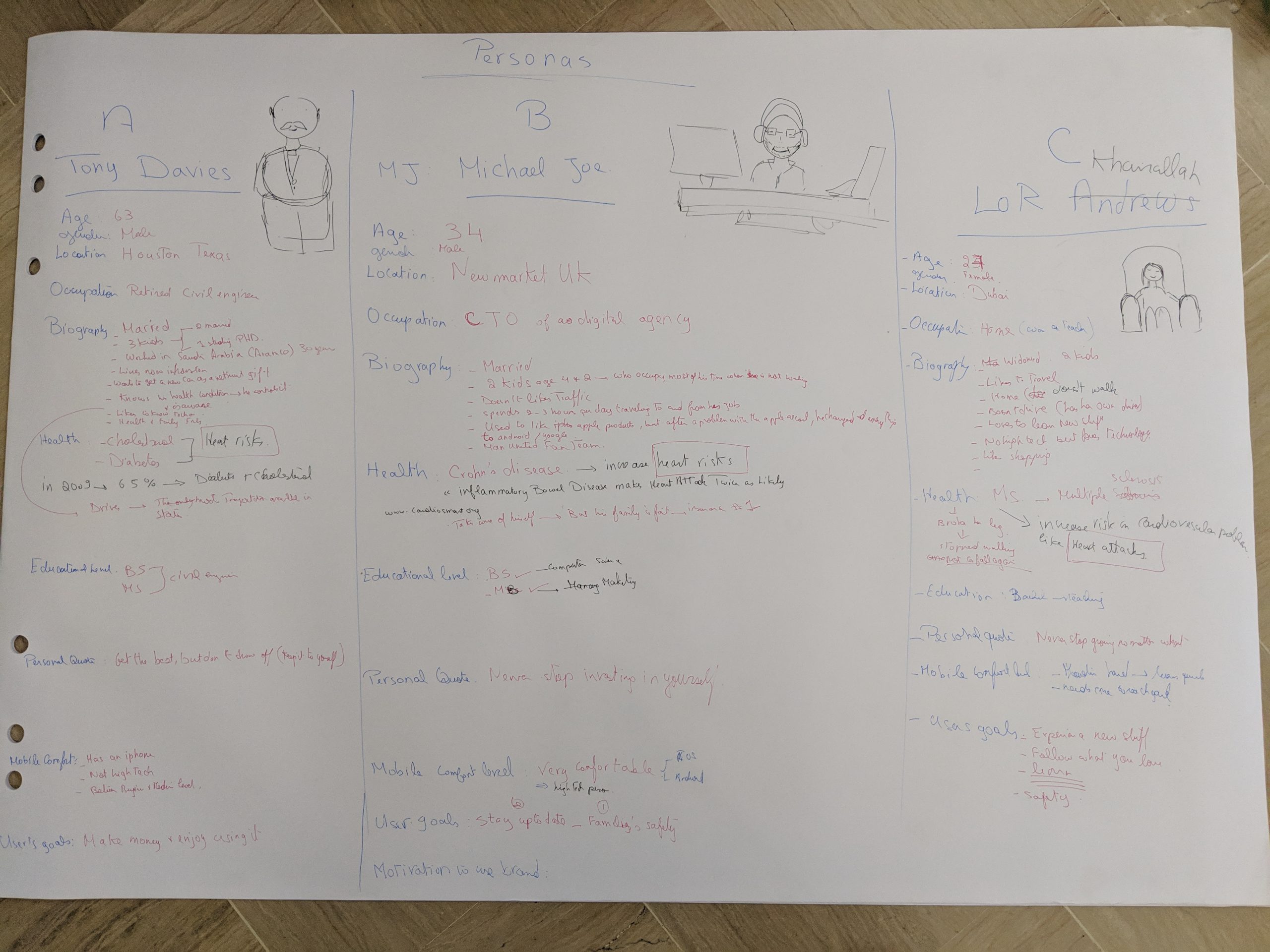 Why do we need personas?:

Personas were created with the help of

Those were the quantitative research. As for qualitative research, Ethnography was used. After creating the personas, a test was made for drivers. Each driver had a person in his car. Cameras and microphone were recorded during the driver’s trip Each driver has the same scenario. They have to drive in a place where there are 4 cars that will pass against them during their trip, and has to take the persona to a specific destination. While driving, a distraction was made from one of the personas. There will be the observation of their facial reactions and of their actions. After their experience, there was an interview with each driver which was then put in a map to understand it more. Below are the few of the personas that I worked on with experienced journey maps that were deducted from the ethnography research and empathy maps that were deducted from the interview. 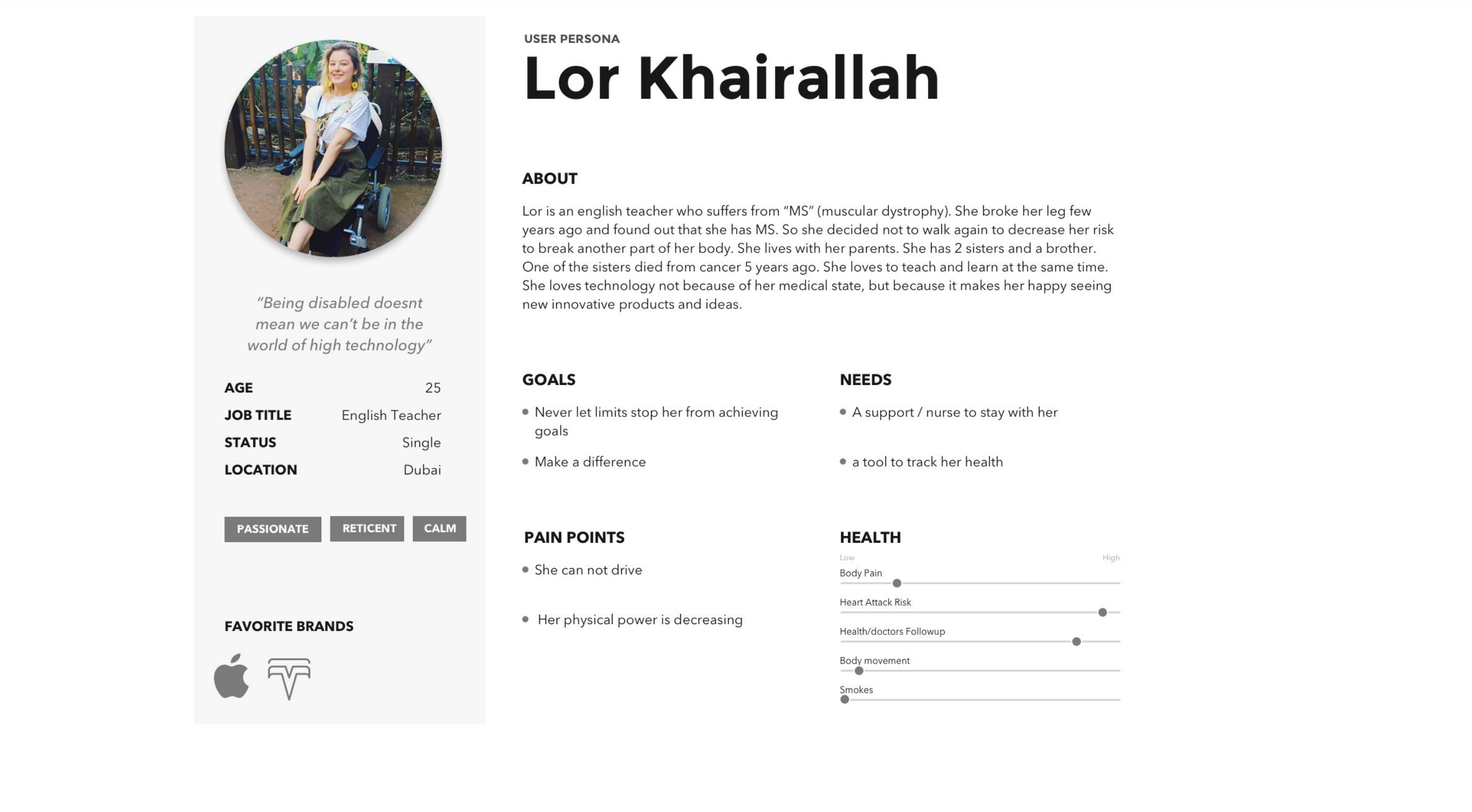 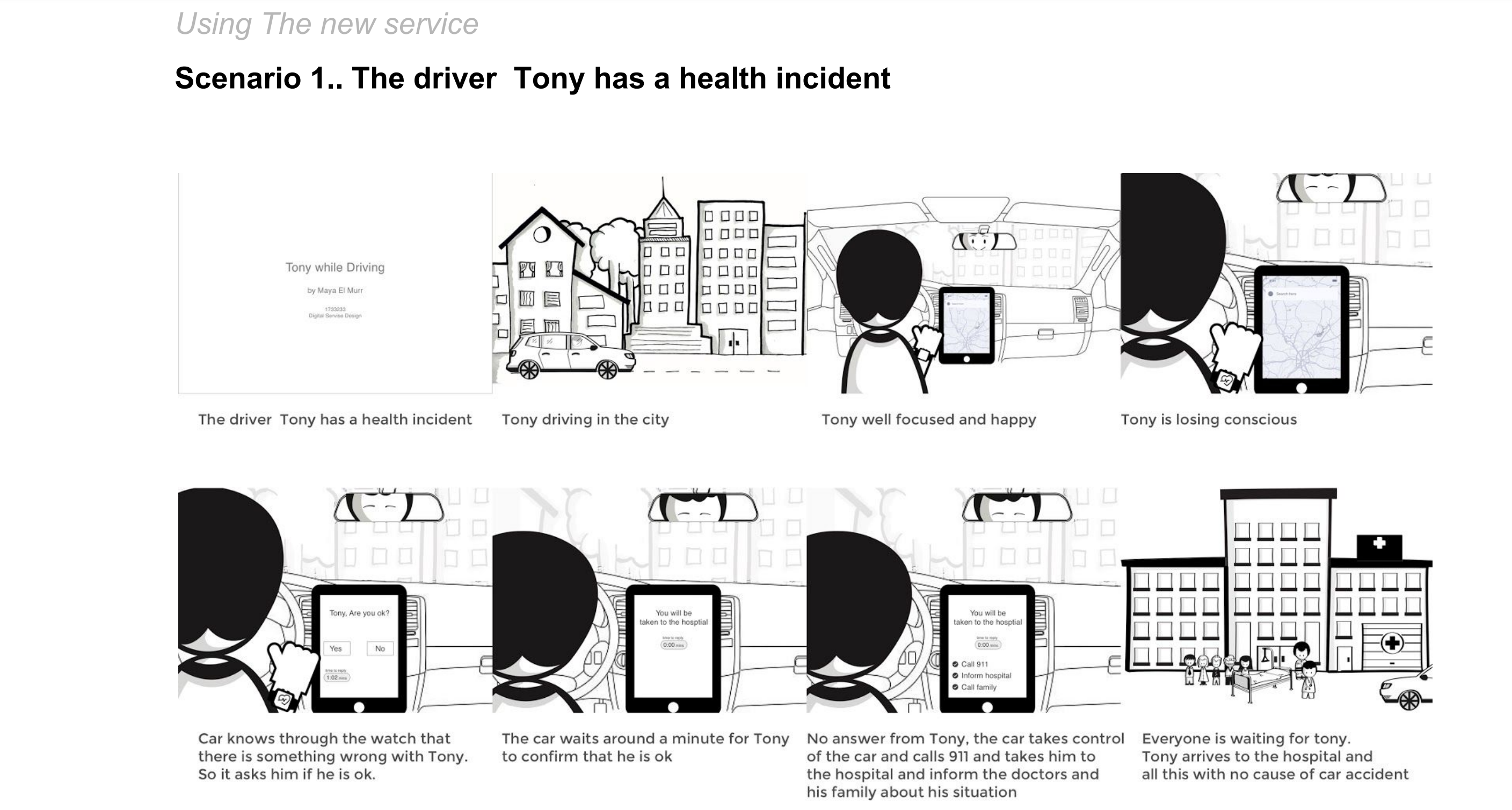 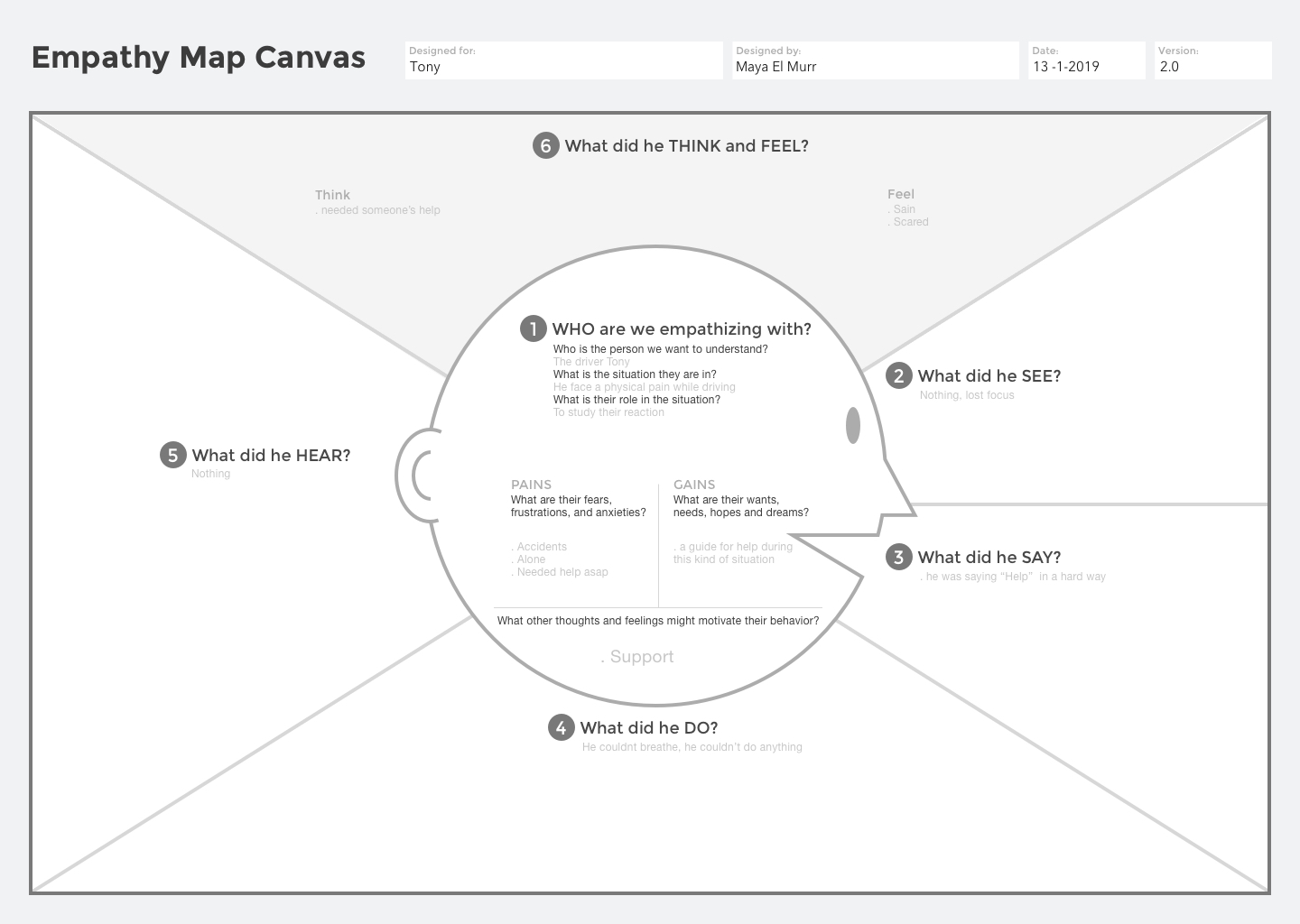 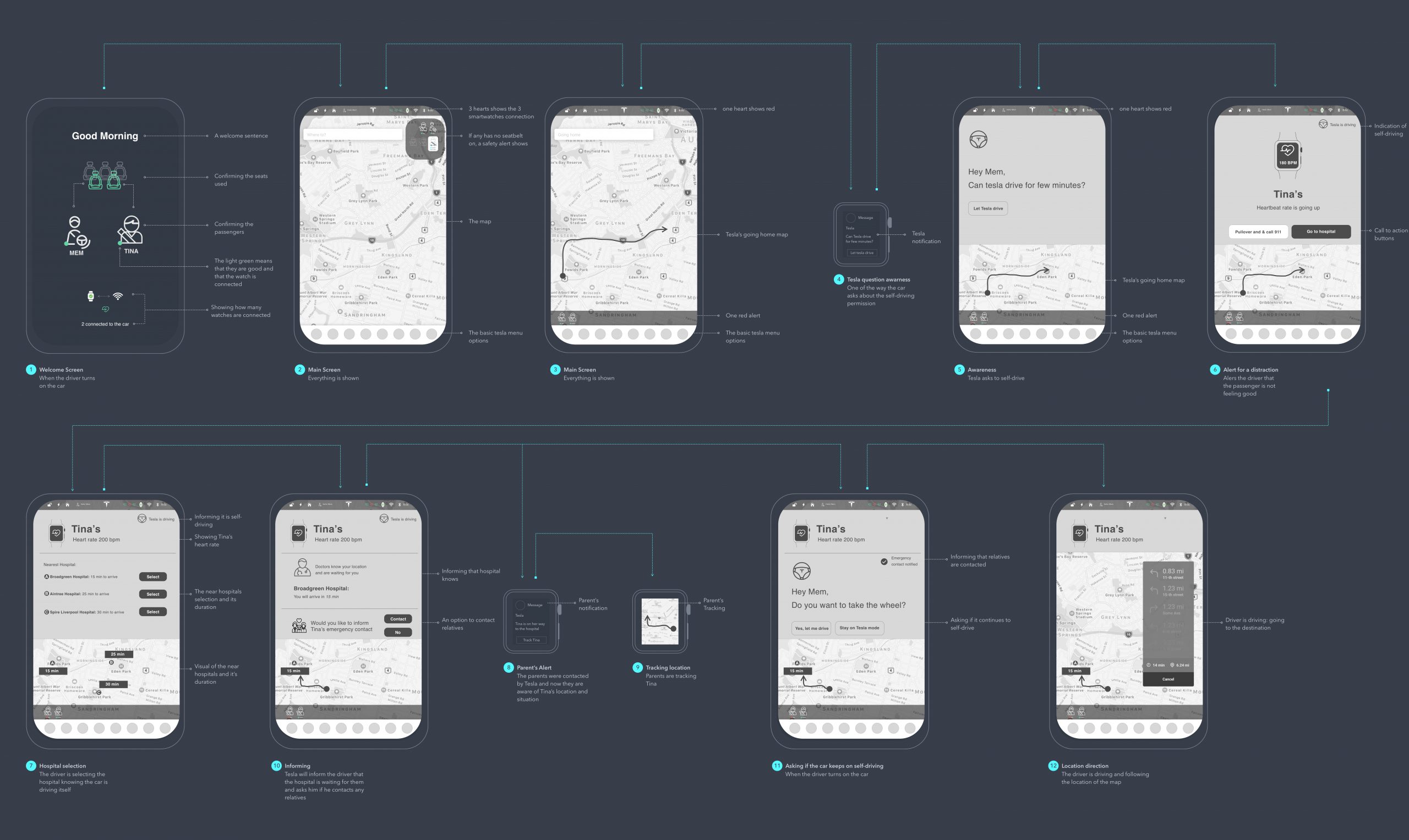 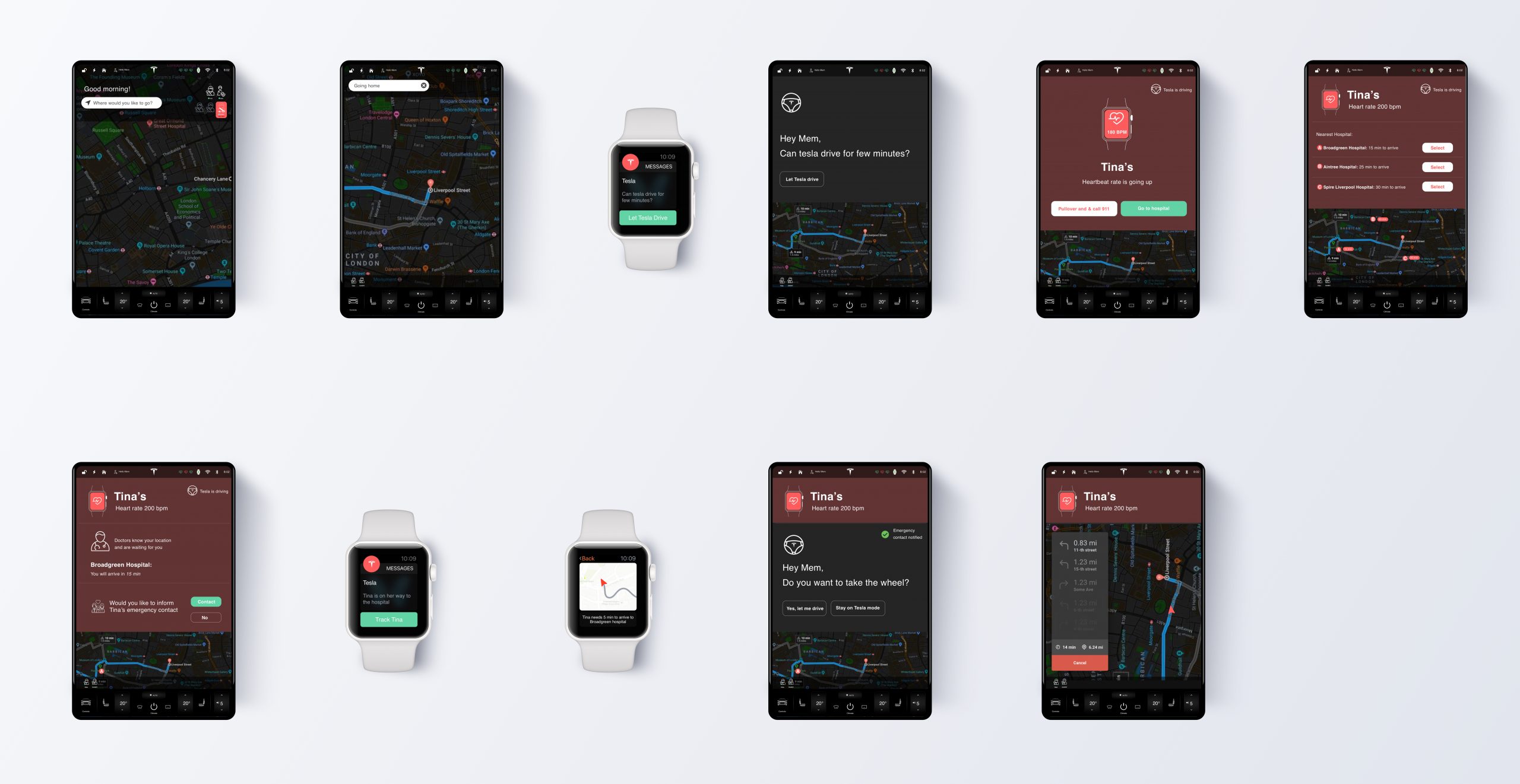 Want to have a small talk?